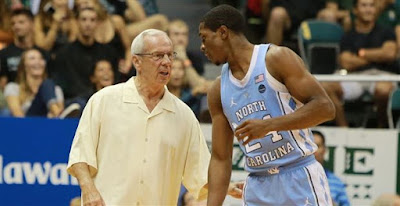 I’ve learned very quickly to never search your name on social media. After my first couple of games here (UNC) my freshman year, I’ve never done it again. I’m pretty sure I have my name muted on Twitter. If you play bad, everybody is going to let you know about it.

People don’t care about your feelings on social media.They can hide behind a computer screen and they can literally say whatever. If you respond you're the bad guy; if you don’t, you’re just reading it and trying to take it all in. Social media can definitely be detrimental to someone if they’re dealing with something. Taking a break from social media helped me a lot. I became free--care-free.

It's commonly said that sports are 90 percent mental and 10 percent physical. A lack of focus can result in a missed three-point shot, nerves can cause a gymnast to fall out of her landing, and a momentary lapse in confidence can easily make the difference between gold and bronze. So it's no surprise that some of the best professional athletes in the sports world turn to meditation--which has been shown to reduce stress and improve focus -- to boost their game and ease the anxiety of high-pressure performances.

Past athletic greats Michael Jordan, Kobe Bryant, Derek Jeter, Joe Namath, and Arthur Ashe all spoke out about the benefits of meditation as a tool for their success.

High performance psychologist Michael Gervais, who works with the Seahawks and with other teams in the NBA, NHL, MLB and NFL, defines mindfulness as "the practice of being present … a way of being connected to the present moment without judgment." He also describes it as an "awareness of how I'm doing within myself, how I'm engaging in my environment and the interplay of the two."

The mental benefits one can realize over time "can be life altering," Gervais says. "With practice, mindfulness provides a clarity of your own thoughts and a training ground to be able to guide your mind, as well as access incredible, truthful insights."

Phil Jackson, the Zen Master, is an obvious supporter of mindfulness. "It's so vital for a team to have this skill, or players to have this skill," Jackson once said. "For players to be able to divorce themselves from what just happened that's inherent to them—a referee's bad call, or an issue that goes on with your opponent. You've got to be able to come back and center yourself again." What Jackson is referring to is the ability to not become overly attached to our thoughts, or allow our negative thoughts to affect our emotions.

"You communicate internally with yourself at about 800 to 1,400 words per minute," adds Trevor Moawad, a mental conditioning coach and vice president of Pro and Elite Sports at EXOS.  "So your subconscious has a lot of stimuli that are consistently affecting it."

In a stressful game situation, for instance, an athlete's mind might flashback to a previous mistake or be worried about what an opponent is going to do next. These concerns prevent a player from being completely aware of what's going on in the present moment—and therefore make him more prone to making a mistake.

What mindfulness aims to do is quiet the noise and allow an athlete to focus on the only thing he or she can control—his or her own execution, right now.

How to Get Started with Mindfulness Training

Gervais suggests those new to mindfulness begin by focusing on their breathing. Start with as little as two or three minutes in the morning, the evening or before competition. Sit in a quiet place in a comfortable seat and focus on your breath by closing your eyes, inhaling slowly, and feeling your belly rise. Then exhale and feel the air leaving your body. "Begin with a commitment to just 10 breaths a day, and then move to 15 breaths in a row per day, then 20," Gervais recommends.

As thoughts and emotions enter your mind—as well as physical sensations and external sounds—try to simply acknowledge them with no judgment and let them pass. When you notice your attention drifting or you become too caught up in your thoughts, bring your attention back to your breath. With practice, this exercise should bring you to a clearer and calmer state of mind. As you get more practice, consider going for as long as 5 minutes, then 10 and so forth.

The Next Step: Visualization

After you've deepened your awareness through mindful breathing, visualization—the practice of seeking to affect the outer world by altering your thoughts and expectations—is the next step. This technique requires you first to be mindful but also to cultivate the ability to think positively.

"It's all about exploring what's possible," Gervais says. "We come back to what is in your control and invest in that. Whether the ball is caught or not is not in your control. Let's first articulate what it feels like and what it sounds like inside of you when you're at your best."

Moawad recommends simply writing four or five things on a notecard—going into your week, or going into competition—that you need to do, that will allow you to be successful, or to have a good game. Going into his world-record-setting 200-meter race, Michael Johnson had four things written down, according to Moawad: "Keep my head down, pump my arms, explode, react like a bullet."

Whether your list is to "communicate with my teammates," "make my free throws," or whatever, the notes should be as specific as possible and positive in their expression. Visualize your points in your mind, over and over with all your senses.

What will they think of me? 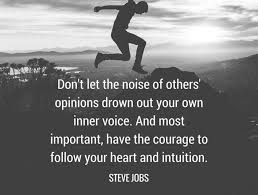 What will they think of me? Those 6 words are by far the greatest challenge people face when going after a dream.
The need to belong--to not get kicked out of the tribe--is almost always at the root of why we forfeit our dreams. The need to gain approval and avoid criticism.

The truth is, the pursuit and achievement of dreams is more about self-esteem than anything else. It is about having the courage to be disliked, and recognizing that the people who are really on your team only want what’s best for you--unconditionally. If the consequence of your growth and the achievement of a dream results in the loss of someone’s approval then they were really always acting with their best interest in mind rather than yours. So go for it!

Will We Worship the God of Opinion, or The God of Our Heart?
--Bob Proctor 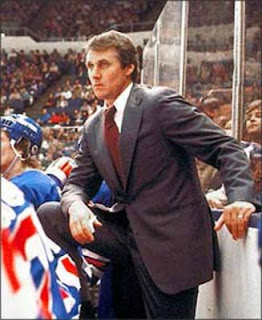 The late Herb Brooks was a great leader. He led a group of college kids to the 1980 Winter Olympics Gold Medal beating the heavily favorite Soviet Union team. The win is considered one of the greatest sports moments in history. Herb Brooks wasn’t afraid to push his players, to help them believe they had what it takes. The best leaders push people out of their comfort zone.  One of the best ways leaders can impact people is by helping them believe they have what it takes to be successful. Here are several quotes from Herb Brooks that can have a positive impact on leaders.

Herb Brooks: The Inside Story of a Hockey Mastermind 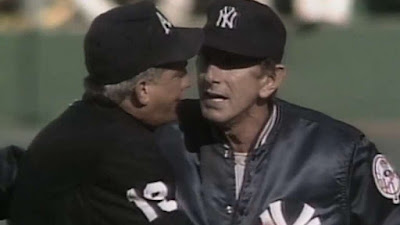