Valvano--Nobody Is Bigger Than The Game 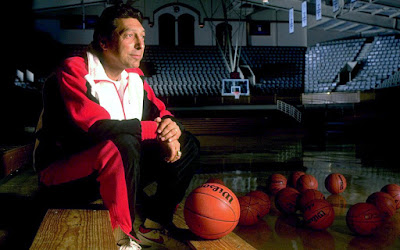 Roy Firestone about Jim Valavano: I talked to Jim about the game, just the game, and about the fact that so many of these guys who had come along were now—because of their celebrity—known on a first name basis, Sir Charles, Shack, Michael.

Jim said, “no one is bigger than the game. The game is what it’s all about. And I’m in awe of it. We won a championship, right? But there’s still not a gym that I walk into that I don’t want to walk over and take a shot. Gotta take a J. And I have a pretty good J by the way. I love the game. The biggest thrill at NC State before the first game of the year, down by the locker room when I give my Knute Rockne speech, which I call number 52. I tell the kids it’s for me. People say be calm. But I tell them I work 365 days a year for thirty 30 years for this and people say be calm. How could I be calm? This is it for me, babe. I’m down there and I give a hell of a talk, I dive on the floor, the kids go up and I hear the band play the fight song and then just before tip off, I go out there and I look at 12,000 people, the cheerleaders are doing back flips, the kids are swinging, and I’m in heaven and that’s what it’s all about, The moment, the atmosphere surrounding the game. Nobody’s bigger than that. I could leave tomorrow and someone else stand in that locker room. But I still would feel privileged to be a part of the sport and that moment.” Try including each rung of the listening ladder to improve your listening skills:

"Wisdom is the reward you get for a lifetime of listening when you'd have preferred to talk."

The Lost Art of Listening, Second Edition: How Learning to Listen Can Improve Relationships 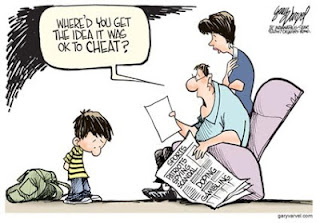 —Adapted from Steve Hallam’s Ethics in Leadership University of Akron

--Adapted from Coaching the Mental Game by H.A. Dorfman